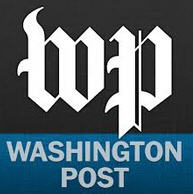 From the Washington Post:  “The organizations I found that pass, though, form a compelling coalition. The National Academies, the American Medical Association, the World Health Organization, the Royal Society and the European Commission are all on the same side. Although it’s impossible to prove anything absolutely safe, and all of those groups warn that vigilance on GMOs and health is vital, they all agree that there’s no evidence that it’s dangerous to eat genetically modified foods. Even the Center for Science in the Public Interest is on board, and it has never been accused of being sanguine about food risks.

I’m not the first journalist to notice the consensus. Science-oriented publications including Nature and Scientific American have taken a hard look at safety and also concluded there’s no evidence that GMOs are bad for us. Nathanael Johnson, who’s doing yeoman’s fact-finding work at Grist.org, concurs.”