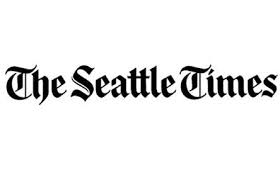 A raucous, pummeling campaign over labels for GMO foods failed to impress voters in most Washington counties.

The labeling of selective food products at the heart of Initiative 522 was never just about Washington. After losses in California and Oregon, there was intense interest in a win.

Putting what amounts to a warning on the front of packaging about genetically modified organisms is a movement without much movement. Two states in New England passed labeling laws, but they are contingent upon their neighbors following suit.

Indeed the campaign about GMOs was about processes, not science, health, quality or nutrition.

The campaign for labeling regulations defied the reality that these products exist and are deemed healthy by regulatory authorities, scientists and scholars.

As a September editorial in Scientific American noted, “The U.S. Food and Drug Administration has tested all the GMOs on the market to determine whether they are toxic or allergenic. They are not.”

Conventional crops often require more water and pesticides than GMOs do, the article noted. These are conditions that increase the price of non-GMO foods, for a dubious gain.

Initiative 522 was an emotional muddle, with no clear sense of the message conveyed, or the breadth of consequences to follow. What was presented to voters would be launched in 2015, with labeling strictures increased again in 2019.

It was an idea, a concept that was not well-defined or explained, especially regarding the potential cost to shoppers and their food budgets.