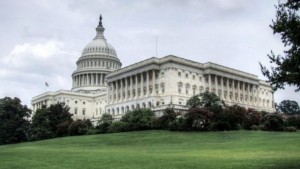 The US House of Representatives has passed the industry-backed voluntary GMO labeling bill – The Safe and Accurate Food Labeling Act 2015 – by 275 votes to 150, and rejected all four amendments it was asked to consider.

H.R. 1599
– which anti-GMO activists have dubbed the DARK Act (‘Denying Americans the Right-to-Know’) – would pre-empt state laws that mandate GMO labeling (such as Act 120 in Vermont) and set up a federal voluntary ‘non-GMO’ labeling system run by the USDA’s Agricultural Marketing Service.

Under the proposed federal legislation, which was introduced by Mike Pompeo (R-KS), firms would also be allowed to make ‘natural’ claims on foods made with ingredients from genetically engineered (GE) crops – which supporters hope will stop civil litigation over this issue from clogging up the court system.

Labeling of a food made with GE ingredients would only be required if two conditions are met:

1. There is “a meaningful difference in the functional, nutritional, or compositional characteristics, allergenicity, or other attributes between the food so produced and its comparable food”;

2. The labeling is “necessary to protect public health and safety or to prevent the label or labeling of the food so produced from being false or misleading”.

Meanwhile, food manufacturers will be permitted to claim that a food is non-GMO if the ingredients are subject to certain supply chain process controls, and cannot state or imply that non-GMO foods are safer than GMO foods.