Welcome to the Future of Agriculture and learn how biotechnology and agriculture are helping to shape the way for a sustainable future.

Sweeping vistas of valleys, mountain ranges, cows grazing in pastures, apple orchards, red barns: These are just some of the images people imagine when they think of New Hampshire.

And indeed, it’s why we get so many visitors from out of state. Whether it’s to pick apples, do some fall leaf peeping, attend an agricultural fair, or spend time on our lakes and other waterways, visitors flock to New Hampshire.

The farms that dot our landscape – more than 4,000 – are an integral part of that allure. According to the New Hampshire Farm Bureau, they are also a major contributor to our economy, to the tune of $850 million. Maple syrup, Christmas trees, crops, and dairy make up the bulk of the business for our farms. And thousands of acres are preserved purely for conservation use.

For centuries, protecting our lands has required farmers to constantly innovate and adapt to challenges, such as new invasive pests, including crop disease and fungus, that threaten livelihoods and food supply chains.

As new tools and techniques become available, farmers continue to refine their approaches. Scientific advances, such as pesticides and herbicides, have enabled farmers to sustain their businesses, and to continue regenerative agricultural practices.

Today’s pesticides are much more targeted, designed to be used only when and where they are needed and in the smallest amounts possible – often on the order of a soda can’s worth (or even less) per acre. In addition, they allow farmers to reap greater yields using less land and water as well.

And what you may not know is that whether you buy organic or non-organic food, imported or local, it’s almost certainly been grown with the help of pesticides. Yes, even organic foods.

Our state regulates the use of pesticides and promotes the use of something called Integrated Pest Management. IPM is a comprehensive strategy that helps our farmers manage their crops using both new biotech advances as well as organic practices. They monitor their crops for pests and diseases and, if pesticides are called for, they carefully select the best one for the crop, and apply the smallest amount needed and only on the area impacted.

The use of targeted pesticides enables farmers to practice more no-till farming, where fields aren’t plowed and residue from the previous seasons’ crops are left as mulch for the next season.

Farmers also use cover-cropping, where a plant is grown simply to protect the soil against weeds and erosion (by roughly 90%). Both of these regenerative practices improve the health of the soil and control diseases and pests.

But it’s with the use of innovative crop treatments that both of those can be implemented on a large scale. Without pesticides, farmers would need twice as much land to grow the same amount of food due to reduced yields.

So many of our farms are generational. They’ve been passed down through their families, some for 100 years. They’ve seen it all and tried it all. And they’ve been there for each other, helping one another when circumstances were bleak. They’ve also been there for our communities as a source of nutritious food, especially during this pandemic.

They are generous and resilient, often at cost to their own livelihoods.

It’s incumbent on us to do everything possible to preserve our farmers’ ability to be sustainable. 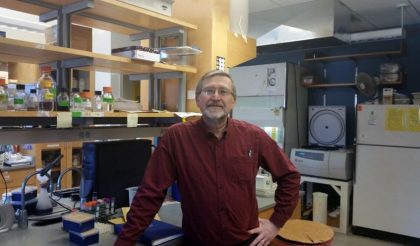 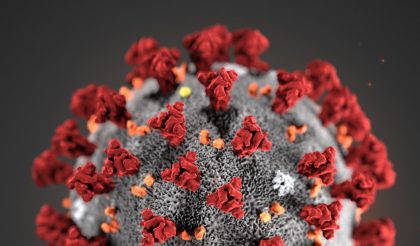